Starting today, single-track direct qualifiers for the August 15-16 Spa & Surf Showdown will be offered each racing day at Saratoga and Del Mar.

As with the multi-track qualifiers, the entry fee for the Saratoga-only and Del Mar-only qualifiers will be $113, with one entry per 20 earning a $2,000 berth in the Spa & Surf Showdown, whose purse is now up to $237,180. That purse will continue to grow with each successive qualifier between now and August 15. 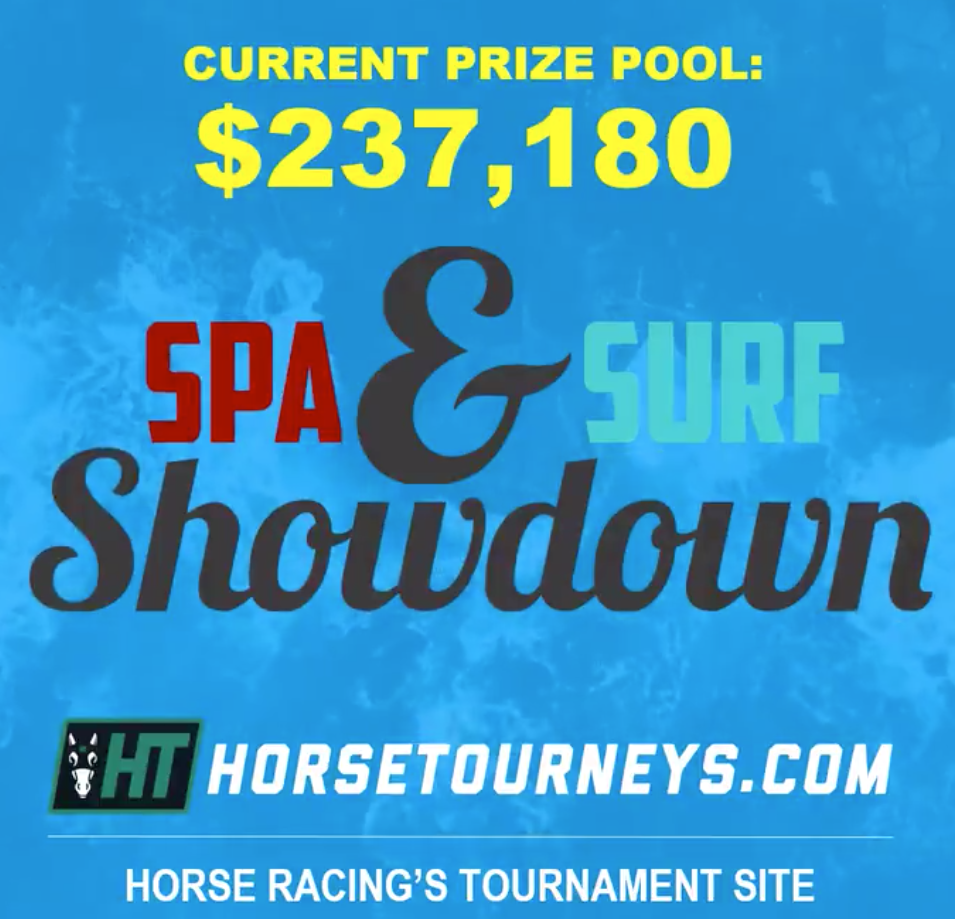 On an occasional basis, HorseTourneys will also offer Low Ratio (1-per-8) single-track qualifiers for the Showdown on Saratoga and Del Mar racing.

The two-day Spa & Surf Showdown is a “cash-only” competition that will require contestants to make a mythical $2.00 win and place selection on each race of the Saratoga and Del Mar cards on Saturday and Sunday, August 15 and 16. Showdown entries are transferable–but limited to two per account.