After Day 1, Loyal Sprague’s two entries were in a four-way tie for first. After Day 2, they were tied for third. At the conclusion of the three-day, $646,650 Horse Player World Series, however, Sprague had first place, and the $258,660 grand prize, all to himself.

The 47-year-old Las Vegas resident had handicapped the contest races with his good friend—and eventual World Series runner up Mike Rosenthal—and, as a result, the two turned in identical picks across their four entries on Day 1. Sprague and Rosenthal went their separate ways on Day 2, though both played the same picks within their own two entries (Rosenthal finished the second day tied with himself for 9th). At the end of Day 3, Sprague finished first and 13th (which was worth an additional $3,233.25). Rosenthal, meanwhile, finished second ($96,997.50) and 42d ($969.98). The two also each won $9,483.77 in Day 1 bonuses for their top-four sweep. The total weekend haul for Sprague, after finishing atop the field of 479, came to $271,377. 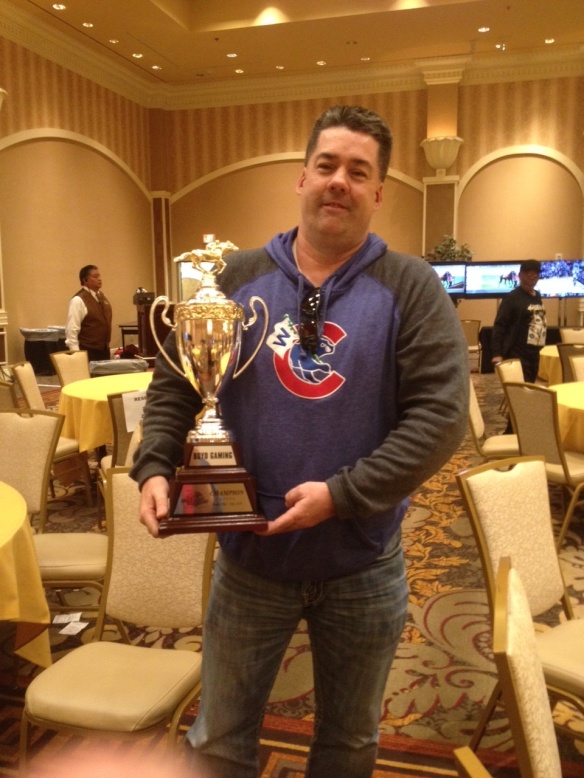 An Illinois native, who moved to Las Vegas six years ago, Sprague was visibly moved by his victory—in part due to the improbability of it all. Though he categorizes himself a lifetime horseplayer, this was only his second tournament ever—the other being an unremarkable finish in a contest at Los Alamitos Race Course.

“I’ve always loved racing, and grew up going to the harness tracks especially back home,” Sprague said, “I’ve just never been into tournaments. But Mike convinced me to take part here, and then I had the benefit of having a past champion [2016 World Series winner Dan Kaplan] sit at our table and it all came together.”

“I was in front at that point, but things were very tight,” Sprague said. “That one put some distance between me and the others.”

Sixth-place finisher Bob Montgomery of Ottawa, Ontario, was the leader heading into today’s action, bidding to be the first ever back-to-back Horse Player World Series champion…but it was not to be.

On the other side of the Day 3 spectrum was overall ninth-place finisher Dennis Montoro, who had the highest Saturday scoring total (1,966.4) and earned the top day-money bonus of $8,621.15. 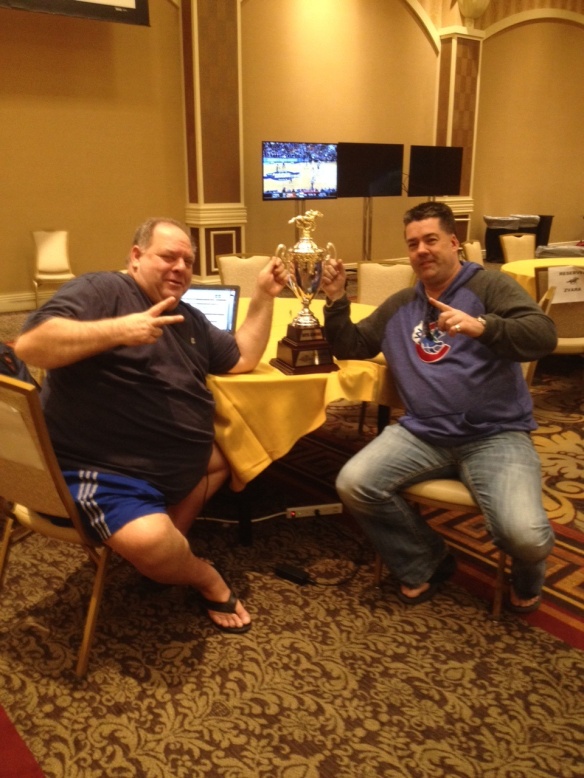 As for the newly crowned champion Loyal Sprague, he was at a loss to articulate what he would do with his $270,000+ score. Though his friend, Mike Rosenthal, was quick to offer up a possibility—and a good-natured jab.

“He’s going to lose it all continuing to run his restaurant business!” Rosenthal joked.

We sincerely hope that restaurant losses will not be in Sprague’s future—other than perhaps picking up a hefty, celebratory dinner tab this evening.