Kirk Tesar did it last week, and George Bosch did it this week.

A 62-year-old Registered Nurse from Brooklyn who assists the terminally ill in hospice care, Bosch entered Saturday without a 2019 NHC seat to his credit. However, he noticed that there were two separate NHC qualifiers offered at HorsePlayers—including one specifically restricted to those without a 2019 seat—so he doubled down and entered both. Smart move.

Bosch had three wins and two places to capture that NHC “Maiden Special” event, finishing nearly $21 ahead on his nearest pursuer. His performance may have left one feeling that this was one “maiden winner” who could definitely handle a step-up in company—and he did!

Unlike the Maiden Special, which was a Pick & Pray, Saturday’s Low Ratio tourney was run in live format, which meant some different picks for Bosch…but the same result. Here, he closed with a rush, hitting three of the last four winners en route to an overall total of five wins plus a place.

The potential power of multi-tabling has long been known to HorseTourneys players. Often times this has meant qualifying for the NHC plus another brick-and-mortar event.

Of course, the NTRA has always had a rule stating that a player couldn’t qualify twice within a single tournament. However, with late-season weekends now occasionally offering multiple online NHC qualifiers in one day, it has now become easier to go from zero to two NHC seats in the space of a couple of hours. Just ask Kirk Tesar. He did that last weekend, capturing both a Lower Ratio qualifier and a top-5 finish in the final free contest of the year.

No such multiple NHC wins were possible on Friday since there was just one qualifier on the schedule. The event at HorsePlayers was the stage for the two highest scores of the weekend.

Ken Jordan and Pat Stich recorded totals of $137.70 and $134.40 to set the high-water mark for the weekend, and they did so in just a 10-race tourney. Each had seven collections on the day. Six of them for Jordan were victories, while Stich had five winners and two places.

Back at HorseTourneys, Joe Rotell struck early and often.

Rotell hit three consecutive winners early in the contest. None were bombs but all three were within that more-than-solid range of between 6-1 and 9-1. He added one more tally later on and cruised home to capture top money of $5,296 in Friday’s $5,000 Guaranteed Pick & Pray, which ended up with a pot of a very nice $10,593.

Stephen McNatton had $67.70 after seven races only to strike out on each of the last three races. Still, that total turned out to be good enough on this day for a $1,500 entry to the signature event at The Orleans next March.

Getting back to Saturday’s action, there was one additional NHC qualifier that George Bosch did not participate in (perhaps knowing that if he did, indeed, win seats in all three, one would have to be “thrown back”.)

Coleen Curley led the way here with four wins and three runners up. Finishing second, and also earning a seat, was 2015 NHC Champ John O’Neil, who will attempt to become the event’s first two-time winner.

Another former champ will be back at the scene of his greatest triumph, and if he gets a second victory this time around, he will do so as defending champ.

We’re talking about 2018 Horse Player World Series hero Bob Montgomery, who earned a full package to the 2019 renewal thanks to four wins and a place. The only other player to crack triple figures in this one, Steve Arrison, also earned an entry/hotel/travel package to next March’s three-day event.

The only player to eclipse that century plateau was winner Gifford Gregory, who had five winners and two places, led by victorious Los Alamitos longshot Scathing ($43.00 to win, but $42.00 for contest purposes and $18.40 to place) in the 6th race there. Thanks to his scathingly hot performance, Gregory earned $9,215 in a tourney that closed with a final pot of $20,478.

As we move on to Sunday’s action, it would be hard to imagine that someone could have a better day during the weekend than George Bosch did on Saturday. But—in terms of overall winnings—someone actually did.

No, we’re not talking about Craig Hom…though he had a pretty outstanding day in his own right simply by virtue of his five winners (including a 7-1 shot in the next-to-last race) that got him first place and $6,126 in Sunday’s $10,000 Guaranteed Pick & Pray, which closed with a purse of $12,252.

The player we are talking about is Steven Meier, who earned $2,450 for finishing behind Hom. For Meier, this $2,450 hit represented his “disappointing” performance during the afternoon.

Over at HorsePlayers, Meier finished second again. But unlike in the $12,252 tourney, this bridesmaid effort had to feel like winning.

To be frank, it was Karl Zappa who was the star of this show, winning the “regular” NHC qualifier with six wins, two places and a score of $100 on the nose. However, Meier wasn’t too far behind thanks to his four victorious selections, and that meant an NHC seat for him too.

“But wait a minute,” you say. “George Bosch won two NHC seats on Saturday. Meier only won one on Sunday, plus a $2,450 cash game collection. How was Meier’s day better?”

It’s because Meier wasn’t done yet.

Meier saved his best Sunday score for where it counted the most—in a qualifier to the January 25-26 Pegasus World Cup Betting Championship. Here he rang the bell for $104.10 on four wins and a place—good for a $12,500 package ($12,000 entry fee plus $500 for travel) to one of America’s most lucrative live-money tournaments.

Happily for Michael Dennis, there were enough entries for us to be able to award a second Pegasus package, and he got it with his score of $93.90. For Dennis, unlike Meier, it came down to the last race, the 10th at Woodbine, where I Have Feelings ($17.00, $8.50) won, giving Dennis a ticket to the Pegasus…and plenty of happy feelings on top of that, I’m sure.

Blaise Guadagno had to have many positive feelings on Sunday as well.

Guadagno captured the qualifier to Monmouth’s NHC Last Chance tournament (where five NHC seats will be at stake) by daylight over Bob Gilbert who also won a grand prize consisting of a $400 entry plus $500 for travel.

Guadagno also took a shot in the Horse Player World Series entry-only qualifier, using the same picks in both Pick & Pray tourneys. This one was a lot closer…

…but the result was the same with Blaise taking top honors—and in this case, a $1,500 entry. These HPWS entries continue to fly off the HorseTourneys shelves and in this event, there were a total of three winners. So congratulations as well to “The Commissioner” Tim Smith and Sean Nolan. Vegas ho!

Sunday was also our first chance for players to win a $500 entry to the Treasure Island NHC Last Chance tournament to be held on NHC eve, Thursday, February 7. This qualifier served as half of what turned out to be a two-bagger for another player, Dave Cichy.

An NHC Tour rookie who has already qualified for the Big Dance, Cichy placed fourth in this tourney, which had enough participation to award five top prizes. Finishing ahead of Cichy were fellow $500-entry winners Dino Herrera, Eddie Inman and Howard Blumberg. Finishing just behind Cichy but also winning a Treasure Island spot was fifth-placer John Pinder. Congrats, all!

Another first-chance opportunity on Sunday was that for the January 4-5 Hawthorne tournaments—among the final brick-and-mortar contests that are part of the 2018 NHC Tour year. In this one, again making the most of first chances, Cichy left less to…chance.

Here Cichy improved upon his Treasure Island score by $8.60 and finished at the top of the heap, earning himself $800 in entry fees, which will cover him for both of the two single-day tourneys in Chicagoland.

Getting back to the cash side of the ledger, we offered a Big Bucks tourney on Sunday. One of the beauties of this tourney, held every other Sunday, is that you don’t have to beat a lot of players to make significant money. Sunday’s Big Bucks game had the usual buy-in of $1,150 and attracted 12 entries. Taking full advantage of this more “intimate” setting was Rocco Cusat.

Cusat had just three on top en route to a score of $60.60. His longest-priced winner came in the second contest race and paid a modest $19.80 to win. But that got the job done for Cusat, who cashed for top money of $8,549. Not a bad return for some solid but unspectacular picking.

We don’t know whether any of Rocco Cusat’s friends call him “Rocky” but we have a hunch that the friends of our Exacta tourney’s winner might.

The $1,000 Guaranteed tourney winner was Brian Graziano, namesake of the popular boxer (and frequent Lee Myles Transmissions pitchman) from back in the day. Rocky…err, Brian…won $1,084 in the tourney that finished up with a total purse of $1,548. His knockout blow came in the 6th at Woodbine when Graziano floored the competition with a $113.45 (for a dollar) hit. That collection, alone, was more than anyone else scored during the bout. 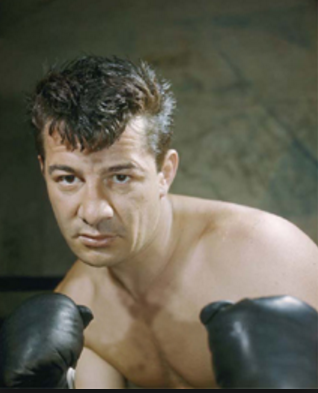 There are two other Sunday featured tourneys at HorsePlayers to report on.

Last but not least, Jason Avila had five wins and a runner up…

Whether you won, lost or broke even last weekend, we hope you had an enjoyable time playing—and reading. Thanks for being a part of things here.