I love betting sports as much as the next guy. It’s all great fun, and to have the outcome in suspense for three hours rather than 70 or 100 seconds can be a nice change of pace for us horseplayers.

If you’re like me, you have some friends who love betting sports (especially football) but have never been attracted to horse racing. This isn’t surprising. Football, after all, is a much more popular sport, so it stands to reason that there would be more football bettors than horseplayers. I’ve always felt, though, that there was something deeper—and maybe even subconscious—at play.

If you play the races with any degree of regularity, you quickly learn that you will lose more often than you win, and the goal, therefore, is to win enough when you do win so as to make up for the losses and then some.

Losing is never fun, but even when a loss is particularly painful, we know it’s the rule rather than the exception, and it’s, therefore, a bit easier to turn the page and move on to the next opportunity.

Yes, jockeys or even stewards can make mistakes that cost us. In horse racing, the best horse doesn’t always win a race—but it usually does—and down deep, we know that. We know in the vast majority of cases when we lose that we were simply wrong about that particular race.

I find that football bettors aren’t nearly that honest with themselves.

Since there are only two possible outcomes in a football game (the favorite covers or the underdog covers), one’s theoretical chances of winning are 50%. That means one’s chances of losing are also 50%…but that’s where “evaluation bias” kicks in.

For a great many gridiron bettors, a winning result ends any prospects for rational self-reflection. It’s simply, “I won…I was smart!” And, really, who can blame them? We horseplayers are much the same way. Sometimes we may even like to gloat a little.

But many of the times when football bettors lose, they feel that the outcome turned on a crazy play, or a stupid dropped pass, or a ridiculously bad call by the refs…or…or…

Given the fact that a touchdown is a single play that’s worth seven points, and that a very high percentage of losing pointspread wagers lose by a margin of less than seven points, bettors can easily contend that they lost because of just one play that didn’t go their way. 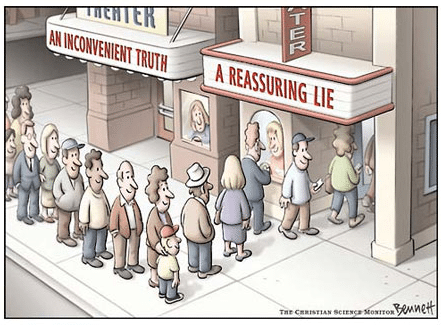 In a nutshell, it becomes a mental exercise of “Heads I was right, tails I got screwed.” Losses are explained away—often with great moral outrage. Victories receive no such scrutiny.

Last year’s Super Bowl between the Patriots and Falcons was a classic example of this. I would argue that anyone who bet the game (and I was one of them) either won or felt that they had backed the right team. (Count me among the latter group.) To me, this is at least in part why sports bettors are always coming back for more. In many games, no one is ever wrong!

To those who truly feel they, on a regular basis, have greater insight than the oddsmakers who set the lines, I salute you.

Personally, though, I’d rather hang around horseplayers.

3 thoughts on “Why I Like Horseplayers More Than Football Bettors”